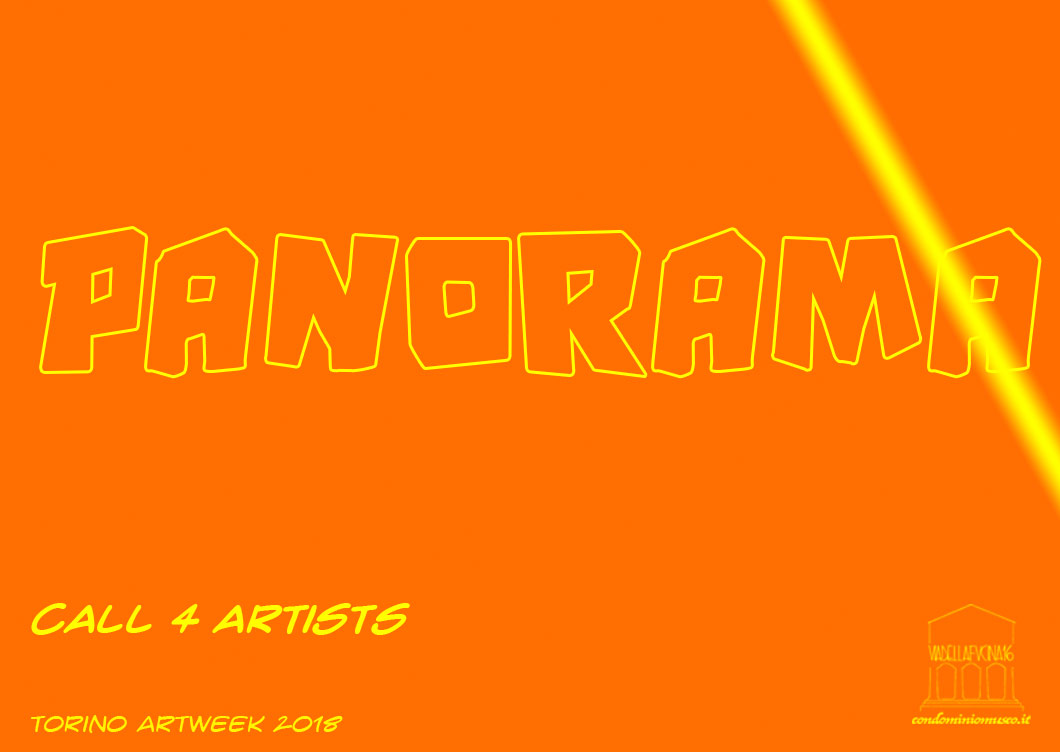 Kaninchen-Haus and ViadellaFucina16 launch the call to participate to PANORAMA: A collective exhibition, set up inside the first condominium-museum in the world, which aims to portray and discuss an overview of artistic residencies in Italy.

The call is addressed to national and international artists who have participated in a program of residence in Italy in the last three years and who want to display, through a work produced during the period of residence, how the experience has been able to enrich their research and to return an effect on the host community.
Kaninchen-Haus has always wondered, through the invention of tangible devices, on the innovation of the “artist-in-residence” format and how it can be profitable both for the “formation” of the artists and for the “transformation” of the territories that host them.
The group exhibition will take place in Turin in the common areas of viadellafucina16 Condominio-Museo, from October 30th to November 4th and will be included in the official programming of NESXT Independent Art Festival, of Contemporary Art Torino Piemonte, and the European Year of Cultural Heritage. It will take place at the same time as Artissima Art Fair.
The call is addressed to visual artists who have been selected for residency programs in Italy, organized by public or private institutions, foundations, organization or foreign academies in Italy, in the period between September 2015 and June 2018 and who have produced a work during their residencies. The objectives of the exhibition include starting a path of comparison, collaboration and networking between institutions that organize residency programs in our country.
Transportation/shipping costs shall be borne by the individual participants. Kaninchen-Haus will cover all the expenses for the setting up and the communication. If they choose so, the selected artists could decide to leave their work as a gift, which, in this case, will remain exposed in the common areas of the Condominium-Museum and will become part of its permanent collection.
The available spaces include the atrium, the garden and the five floors of stairs.

Deadline: July 30th 2018
For any further questions, please use only the comment form at the bottom of this page.

Open the application form in a new window

viadellafucina16: the new international artist-in-residency program within the world’s first Condominium-Museum. An experiment of urban regeneration and collective transformation through the power of art and beauty.

viadellafucina16 is an international artist-in-residency programme launched by Kaninchen-Haus in 2017, with the aim of giving life to the world’s first experiment of a Condominium-Museum.

The residency occurs within a majestic 19th-century building, that we find today in a complete state of abandon and decline. More than two hundreds people of different nationalities inhabit this apartment complex located in the heart of the Turin’s district Porta Palazzo, where the biggest open market in Europe rises.

Through an international open call, whose 1st edition received 442 candidacies, artists have been invited to realize their artwork in the common areas of the building, with the purpose of promoting its regeneration and activating a dialogue among the different communities of tenants.

The winning projects have been selected by the inhabitants themselves (about 200 of various nationalities, living in 53 apartments) together with a committee of curators and insiders, on the basis of the artists’ ability to engage the community in the design and production of the artworks, to interpret the community’s desires and to activate new forms of sociality through a process of co-creation and collective care.

The apartment complex – a place where we experience the first form of democracy, and intersection point between the public and the private domain – opens itself to the artistic practice as an activator of aesthetic and social regeneration. It becomes thus a symbolic space where a community can represent itself, in the same way as, in the past, artwork inside palaces used to represent the prestige of noble families.

The work done in a bit more than an year made the complex a multifunctional hub for artistic and cultural production and a unique workshop for social innovation.

The artists are hosted inside the Condominium-Museum, within an apartment managed by Kaninchen-Haus. They have access to the office, the meeting room, the bookshop – cafeteria ( former doorman’s quarters) and a collective studio facing the shared garden (300 sqm).

Moreover, artists can exhibit and set up their projects and artworks both in the common areas or in the exhibition spaces managed by Kaninchen-Haus, inside the building.

In order to make the project replicable. the entire process is constantly documented and monitored by a young team of sociologist from the University of Turin

viadellafucina16 constructs itself as an innovative juncture between the artistic practice and the living fabric of a defined community that, by experimenting within a small context, aspires to prove how art and culture can become effective tools to solve conflicts and lead to a collective transformation.

based on an idea by Brice Coniglio and launched thanks to the support of: