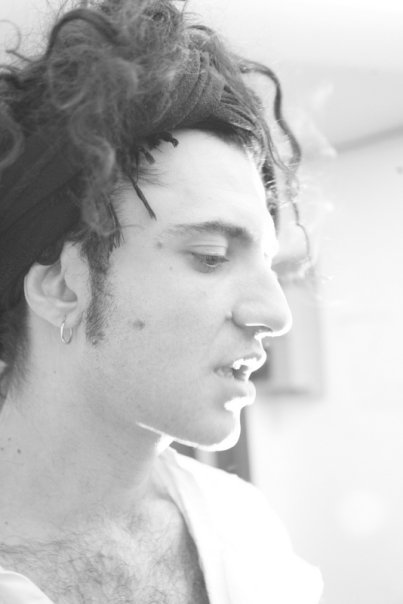 Studied Literature and Philosophy at the University of Turin.

Artistic director of Kaninchen-Haus organization,
of the artist-in-residency programs
viadellafucina and Pirate-Camp
and of the independent art space K-HOLE in Turin.

Currently in Berlin, working at the A.I.R. Connect project.

Since working within Coniglioviola collective until the recent establishment of the artist-run organization Kaninchen-haus, his work is characterized by an attempt to redefine the figure of the artist via unconventional strategies to relate to the system and  by  the use of artistic practice as a vehicle for an escape from the concepts of “identity” and “profession”.

In 2000, together with Andrea Raviola, he founded Coniglioviola, “Renaissance workshop in the digital age”, a collective/label capable of moving in a tentacular manner on projects ranging from multimedia theater to net.art, video to electronic music, performance to photography. Such eclecticism is the result of a reflection on the digital medium as a meta-language. The digital revolution is seen as a tool to reaffirm the Renaissance conception of the artist and moves beyond the idea of the individual as “specialist” (hence the Vitruvian Rabbit logo).

Coniglioviola’s research is oriented especially towards the territory of popular culture as a place of production of shared cultural myths, often through the weapon of provocation and irony. Among the most significant projects are:

In 2008, thanks to a residency awarded by the Dena Foundation, Brice spent almost a year doing research in Paris, during which a critical reflection began on the dynamics related to residency and mobility programs for artists.

In 2009 the PAC Pavilion of Contemporary Art in Milan dedicated an anthology titled “Sono un pirata / Sono un signore” (“I am a pirate / I am a gentleman”) to Coniglioviola. The exhibition – curated by Brice along with Martina Corgnati – attracted over ten thousand visitors in just ten days: Brice is the youngest artist to ever be offered a solo show at the prestigious institution. The exhibition took the form of a meta-work linking together Coniglioviola’s existing projects and new works, providing a unified view of a complex and linguistically diverse oeuvre. Coniglioviola decided to give shape to this task independently. The choice not to rely on the support of any gallery is strongly symbolic, representing an experiment of autonomy in the art world. It is this experience – “piratesque” despite the institutional context – which forms the basis of his next artistic path.

In 2010 he founded Kaninchen-Haus (literally “rabbit house”) an independent organization animated by an idea of hospitality and sharing, in which the experience and the individual path are set aside to make room for the development of a group strategy.

Under the auspices of Kaninchen Haus, two residency projects were born, both conceived with the aim to redefine the artist-in-residency format through the use of original devices and unconventional strategies.

In 2011 – on the fringe of the Venice Biennale – the Pirate Camp/Stateless Pavillion was launched: a campground that is conceived to offer hospitality to a selection of young international artists on the occasion of the major art event. The first edition, entitled The Stateless Pavilion placed attention on the issue of extraterritoriality as an inherent condition of the artist, expressed through the key figures of the pirate and the camper.

In 2012 it was launched the 1st edition of viadellafucina twinning-residency, in the district of Porta Palazzo in Turin. This program’s peculiarity is developed in part by its effort to encourage international collaboration between artists as a peer-to-peer educational process – therefore selection is open to pairs of artists (one from Turin and one a “foreigner”) wishing to collaborate on a shared project – and in part by its use of an entire neighborhood as a “common laboratory” through the involvement of the communities that inhabit this particular area of the city.

At the end of 2012, Kaninchen-Haus opens the independent art space K-Hole in Turin.