The first edition of the call for artists to participate to the residency program viadellafucina16, after being relayed by more than 30 internationals websites, has just been closed, on the 25th of june. Viadellafucina16 is the world’s first experimentation for a condominium-museum.
The level of participation to the call has been extraordinary and unexpected with 442 candidates from all-over the world, confirming our idea that it is possible to represent “the world in a condominium”.
Extraordinary has also been the responses from medias to our “little” experiment, relayed amongst others by Il Corriere Della Sera, Il Sole 24 Ore, Living Corriere and RAI Radio2.

The realisation of the idea to transport art in the living context of a condominium was already about to start in the “far” 2011 but became possible just recently thanks to the support given by SIAE, MiBACT and the Housing Program of Compagnia San Paolo, also with the mentorship and mediatic visibility given by Culturability through 2016 and the cooperation of the main cultural institutions of the city of Turin.
Thanks to the collaboration of anthropologists and economists from University of Turin and the Education Department of Rivoli Contemporary Art Museum, viadellafucina16’s staff is already at work to make the experiment generative and replicable from 2018, to respond to the numerous “condominiums” that have contacted us from all over Italy to adopt our model of condominium-museum.

Now he most difficult part of the workwill be the exam of the 442 applications received. The Scientific Committee – whose members will soon be published – will select a list of finalists. The final decision will be taken by the about 200 inhabitants of the condominium-museum, without distinction between lodgers and owners, who are already preparing themselves to welcome the artists in their daily life and collaborate with them in their creations: giving back to art and beauty the power to transform the world.

More important news are to come, we will reveal them on day by day basis on the project’s Facebook page. 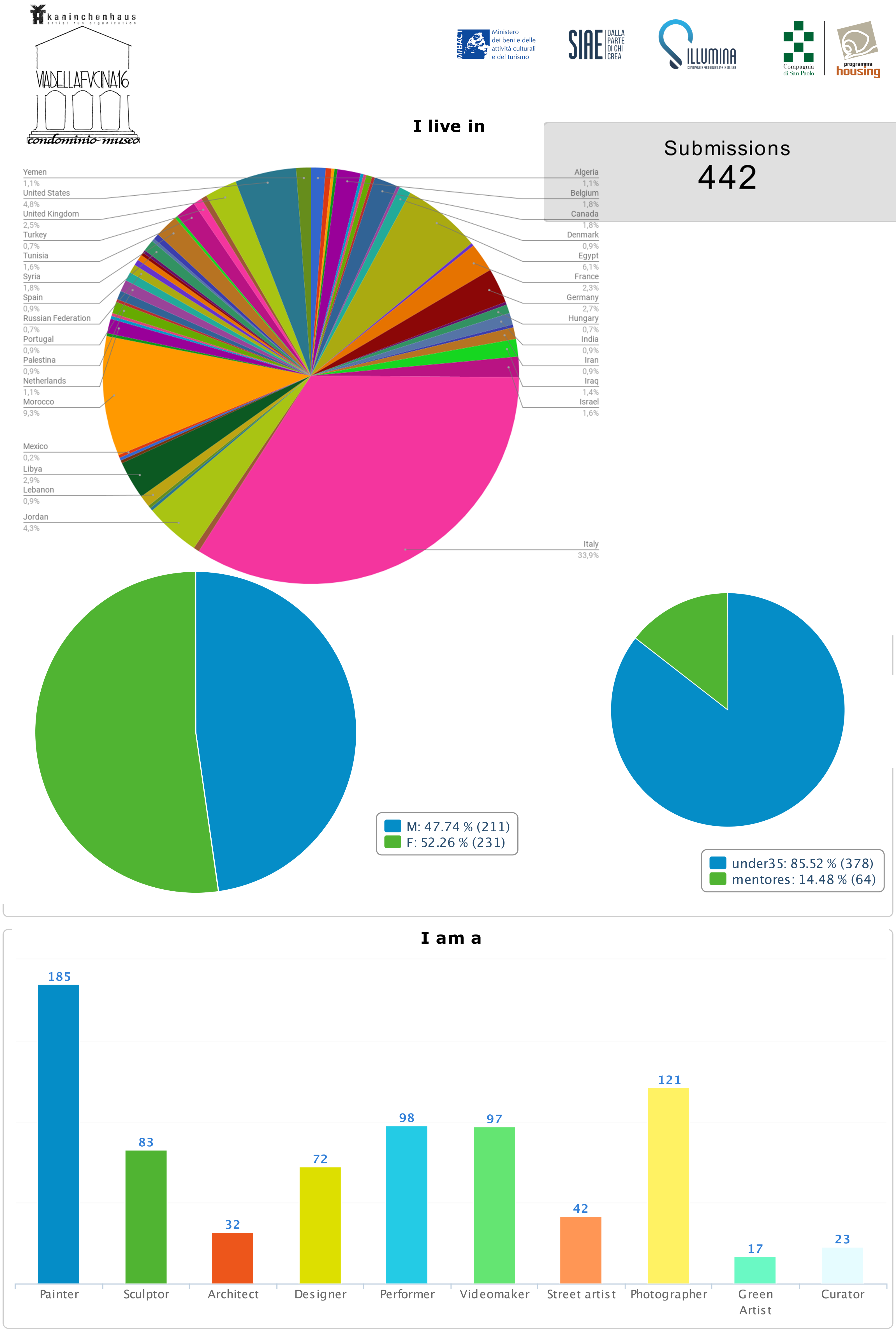